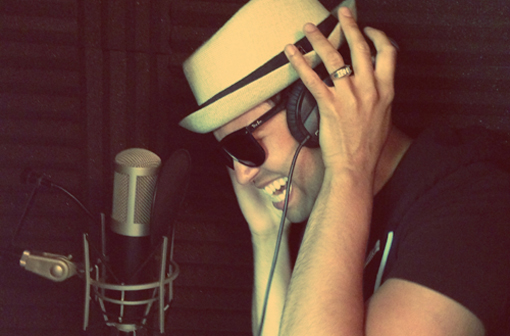 FEATURED #MUSICHEAD: Richard Mills is a digital video and music artist based in the northwest. When not releasing his “RAM rants” reality-show style YouTube videos, Richard is actively recording hip-hop and electronic music for a currently untitled music project and exploring his interests in fashion. Website: http://www.RAMrants.com | Facebook: http://www.facebook.com/RAMrants | Twitter: http://www.twitter.com/RAMrants (Want to be the next FEATURED #MUSICHEAD? Send me a message on my Facebook Page for consideration)

There is something in the industry we call A&R 2.0, and that is music tech platforms that allow unsigned artists to submit music to be reviewed by music industry professionals (often, label A&Rs) for feedback, placement (cover records), and possibly a record deal. There is typically a per transaction fee for some (Music Xray and Blaze Trax) or a subscription fee for others (Audio Rokit).

There are mixed feelings in the music industry about these type of platforms, but they do exist and more and more songwriters and artists are starting to use them.

Last year, I was working on concept for a music tech startup called SongBank. Among many other things, SongBank would have created the first real infrastructure for an international song marketplace. In my R&D phase, I did extensive research in the A&R space by sitting down and interviewing Max Gousse (Sr. VP of A&R of Island Def Jam Recording), Jason Jordan (Sr. VP of A&R at Hollywood Records), Shawn Barron (Sr. Director of A&R at Atlantic Records), Archie Davis (A&R at Interscope), Omar Grant (A&R at RocNation), Navin Watumull (A&R at Justin Timberlake’s record label) and more.

What I learned was that A&Rs do use and appreciate technology to discover new music and new artists. Further, as a result of the changes in the roles of label positions (mostly due to budget cuts), senior A&Rs have been forced to spend more time in the office and less time out at showcases and live events (where in the past, A&Rs “discovered” most talent).

The challenge with the Internet is that, for the most part, just like artists can be discovered, so can the A&Rs. A&Rs have a love-hate relationship with some platforms because their name, email address, or street address (Google any label to find that) is leaked. The problem is when their inbox starts to fill up with unsolicited music submissions, they stop listening. If your “hit record” is in their inbox, below 1,000 bad records, they will not ever get to it!

Hopefully, one day I will sit down and write a full article including my findings from these interviews and surveys (I conducted a survey with each A&R asking questions such as, “Does a great song outweigh the brand of a great writer?”, “Do you care if you acquire a song that had been previously recorded by another artists, but unreleased?”, “How has technology shaped your role as an A&R”, “How do you help an artist build an album?”, “How would an unknown, unsigned, unpublished amazing songwriter from the middle of nowhere get songs to you?”, etc.). This article, among a list of many other topics, is on my “To Write” list.