If You’ve Never Received Mechanical Royalties From Google Play Music, This Might Be Why

Is Google Willfully Refusing To Use Its Own Assets To Identify Copyright Owners?

In recent weeks Google and YouTube has come under fire by high-profile music industry professionals in regards to Lyor Cohen’s statements on the royalties it pays to artists. This piece is NOT about that.

At Royalty Claim, we periodically randomly select and investigate records that our researchers and data scientists ingest. Random investigations — sometimes against pre-determined hypotheses and sometimes just to follow down the rabbit hole — has helped us uncover nuances in the music licensing ecosystem that manifest into trends that suggest major systemic issues.

Earlier this month we reported that Google has filed nearly 7 Million Section 115 NOIs on the US Copyright Office for musical works in which it claims to be unable to identify the copyright owner. Then, Lyor Cohen boasted about YouTube’s royalty payouts and its growing ability to match music to videos (Google it, it’s everywhere). And then we remembered that this is only possible due to YouTube Content ID, which is arguably the largest database of copyright information with music codes, audio samples, etc.

So, we investigated this.

Over the last few weeks I’ve come to consider the notion that some of the biggest so-called “advocacy” groups for music creators censor their discussions on black box royalties due to the top-heavy makeup of their membership.

I’m Working On A Side Project Addressing ‘Black Box’ Royalties

I feel that some directors avoid, or lighten, their criticism of major labels and publishers, at the expense of their independent and DIY members, because representatives of the majors sit on the boards of these organizations. They have deep pockets for annual gifts and dues, and a non-profit can’t afford to see those dwindle.
In my presentation on the state of unclaimed royalties and music licenses at the Music Industry Research Association’s first inaugural MIRA Conference earlier this month, I presented several arguments of how black box royalties manifest. This included cash advances paid to music companies by digital service providers that go unattributed to their artists at the end of the contract term. What I didn’t include are the distribution of unattributed royalties to major publishers, by market share, from music rights organizations.

Major labels and publishers cannibalize most distributions of black box royalties in an unfair and imbalanced manner. It is my belief (and feel free to correct me if I am wrong) that the majors have the resources and manpower to do a better job of registering their works and claiming their earnings. It is my opinion, based on my work through TuneRegistry — a music and rights metadata management platform for the independent music community — that the independent sector have the most difficult time in this respect; especially the DIY segment, which is all but blacklisted from being represented in these secret imbalanced conversations and distributions.
But who should be the outspoken opponents of these types of distributions? The advocacy groups? When “watch dogs” should be shining the light in every dark corner of the royalty vault, some of these groups tend to prefer dim conversations regarding black box royalties and how those funds are cannibalized by their major members.
5 Royalty Streams Every Indie Artist Should Know

I am excited to announce the next SoCal Music Industry Professionals (Meetup | Facebook) meetup taking place at my absolute favorite taco joint (which happens to be a beautiful venue for live music on La Brea in Mid-Wilshire District) — Candela La Brea! 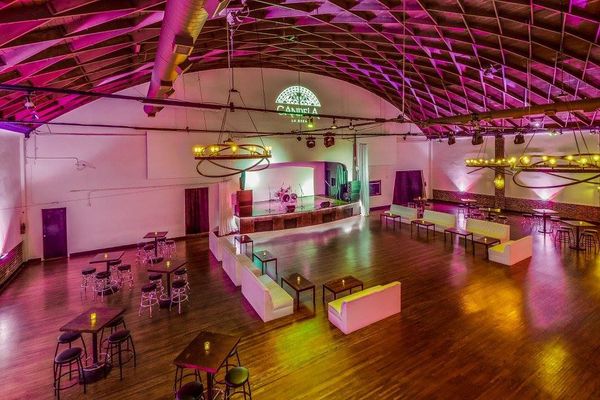 I’ve know the owners for almost a decade, having hosted events/parties in this space as a college student/club promoter. The family has completely revamped the space, so I am thrilled to host my music industry colleagues here to network and check it out the space (Red Bull just hosted a sick music event here last night). My buddy Omar, the GM, was kind enough to grant us the full upstairs lounge with a private bar (great margaritas) and a complimentary chips & salsa bar sponsored by Royalty Claim (you can also order food from the full menu…the tacos are AMAZING!). 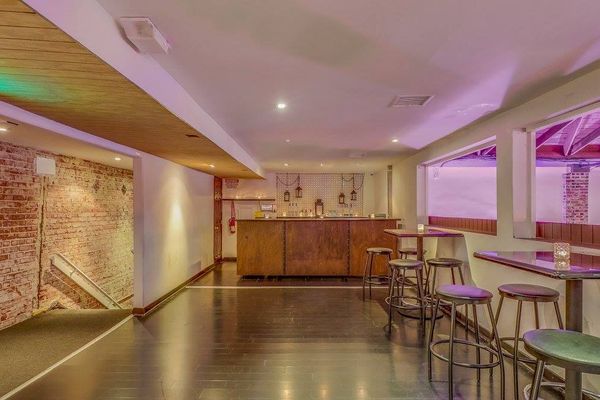 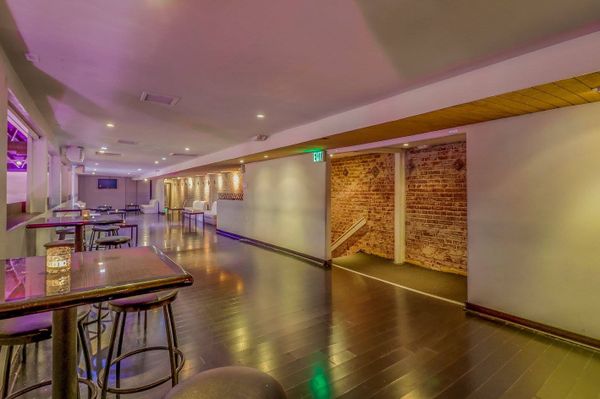 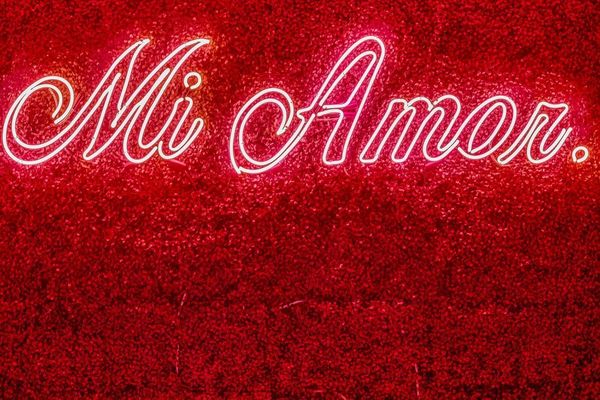 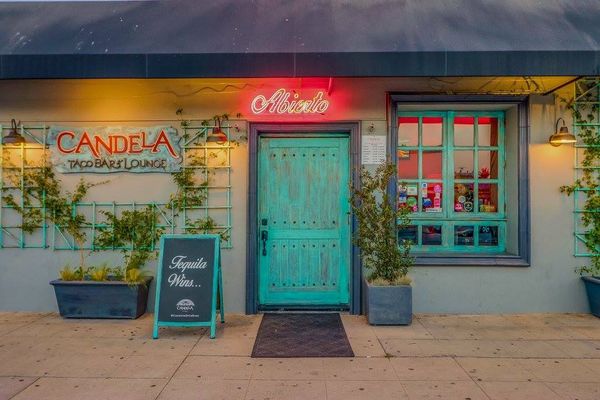 If you missed the Royalty Claim Pre-launch Webinar, watch the full recording here.

Get a sneak peak behind the curtain with Royalty Claim’s Founder & Chief Researcher, Dae Bogan.

The webinar will take place on Saturday, August 19th at 10am PDT

QUESTION: WHERE DOES ROYALTY CLAIM’S DATA COME FROM?

THE FOLLOWING IS JUST A SAMPLE OF THE TYPES OF ROYALTY FUNDS IN WHICH WE ARE INTERESTED:

Royalty Claim attended the Music Industry Research Association‘s first inaugural MIRA Conference at the UCLA Luskin Conference Center this week. Royalty Claim’s Founder and Chief Researcher, Dae Bogan, MIA, had the honor of presenting a preview of our in-progress The State of Unclaimed Royalties and Music Licenses in the United States report before an audience of economists, sociologists, and researchers from universities and institutions from around the world, as well as music industry executives representing firms such as Nielsen, Pandora, Universal Music Group, and Warner Music Entertainment.

For the first time, updated statistics regarding the filing of “address unknown” Section 115 NOIs on the US Copyright Office during the first half of 2017 was revealed. Insights included an overview of the organizations that have utilized the procedure, including Amazon, Google, Spotify, iHeart Communications, and Microsoft. However, those large music users were expected. Interesting inclusions to the list were The Recording Academy and the Christian music service, TheOverflow and interesting omissions from the list are platforms that boast millions of tracks — Apple and Tidal — but may not be reaching every independent rightsowner that may have compositions available on those platforms.

The presentation also discussed the nature and causes of so-called “Black Box royalties”. A black box is an escrow fund in which music royalties are held due to an organization’s inability to attribute the royalties earned to the appropriate payee. Examples were given, including unattributed advances from DSPs to music companies, the US’s limitations on sound recording rights, and other issues.

The presentation concluded with a video demo of the Royalty Claim Platform, which received positive reviews from conference attendees. The full presentation is  here.

I’m excited to join fellow music tech founders Eron Bucciarelli (Soundstr), Benji Rogers (DotblockchainMedia), and Jason Trikakis (HelloSugoi) for a panel submission to SXSW 2018. Please vote and share the submission for “How Tech Can Save the Music Industry” #MusicTransparency

How Tech Can Save the Music Industry

The music industry is in dire need of change not only to thrive, but survive. Streaming, pirating and the secondary ticket market have dealt serious blows to our industry’s major revenue streams, but technology can be our savior. Join experts from the royalty, rights, ticketing and metadata blockchain sectors to learn not only how tech can provide short-term solutions, but also build a more sustainable industry. Join us to learn how tech can save the music industry. #MusicTransparency

Ask Me Anything About The Music Business, With Dae Bogan

Ask me your music business question and I’ll attempt to provide you with an answer or direct you to a resource with a better answer or guidance. I cannot provide specific legal advice, but I can discuss general music business practices. Join the conversation on Facebook, Twitter, Linkedin, or DaeBoganMusic.com. Simply drop your question in the comments section wherever you see the above image.