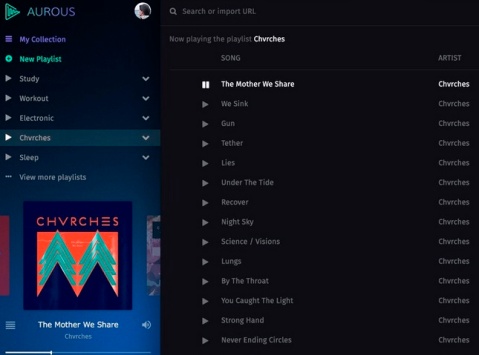 Here we go again. Music Business Worldwide reports that “The RIAA — on behalf of UMG, Sony Music Entertainment, Warner Bros. Records, Atlantic and Capitol Records — has today filed a lawsuit against Aurous and its founder Andrew Sampson for what it calls ‘willful and egregious copyright infringement’.”

The music app, being called the “the new Grooveshark” (Grooveshark shut down earlier this year after similar lawsuits was filed against the company), just launched in public Alpha this week.

Aurous’ founder, Andrew Sampson, maintains that the website is a search engine that enables Internet users to search BitTorrent networks to find and stream content. However, the RIAA argues that the website directly targets recorded music from overseas pirate sites, effectively enabling consumers to infringe on the copyrights of record labels.

Whether Sampson intended on his platform to illegally access and stream recorded music or if he truly believed he built a legitimate consumer app detached from piracy, like many other uninformed tech developers out there, he has been caught in what could be a very expensive and crushing legal battle informed by copyright law.

I spend a great deal of time consulting with entrepreneurs who have cool ideas to develop new music apps, services, and platforms. However, the challenge that many of them face is having a limited understanding of the music publishing and recording landscape, from the perspective of a music tech startup. With the help of a music industry professional, founders gain insight on where products and services may infringe on the intellectual property rights of others. I’ve helped numerous startup entrepreneurs create products, formulate business models, and deliver value, all while respecting and complying with the intellectual property rights of third-party rights owners.

Read more about this story at Music Business Worldwide.